This is my kinda monthly, but more like quarterly, if I'm lucky, update I like to do to keep track of my progress on Steem. You can read myMarch Report here, February Report here and my January / 2018 Full Year Report here if you want to see how I've progressed through this year.

I have not been posting much on Steem, but have to admit I am suprised that I have gained almost 1000 Steem Power so far this year. If I keep on track I should be able to make it as a Dolphin on Steem sometime in 2021. I have been debating on powering down a little so I can start investing in other crypto currencies as well, to start making more of a crypto portolio, but haven't decided on when or how to do that yet. 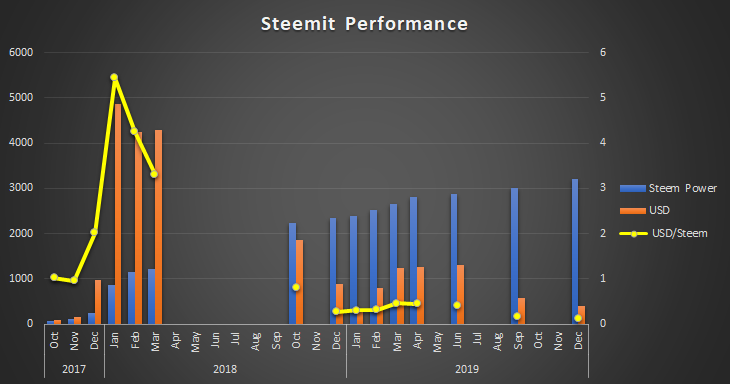 I really need to start keeping track of my Steem-Engine and Splinterlands progress as well as I've been taking advantage of some margin trading on Steem-Engine as well as renting some cards and investing in some sealed packs in Splinterlands. Investing/Trading on these two platforms has helped my over-all Steem "Earnings" increase slightly. It would be nice to see how much I earn each month from Daily Objectives and Season Rewards on Splinterlands as well. My goal for December is to at least have a starting point for the value of these accounts.

As always I would like to thank @arcange for being able to track my progress on Steem via the SteemitBoard Rankings Website. As silly as it may sound, this is one of the ways I keep myself motivated on posting and engaging on Steem. Being able to see how much progress I've made throughout the year or how much I'm falling behind is great.

It's good to see, since I haven't been very active since my last update in March, that I'm starting to fall behind in some categories again such as Post and Comment Rank. I did decide to power up some some of my liquid Steem after I bought some Steem Silver Rounds so I think that helped boost my SteemPower ranking. It would be interesting to see, over a few months period, if I quit curating what would happen to my SteemPower ranking, but don't want to give up on that passive income to find out.

I did rank second last week on @abh12345 Curation League. If anyone is interested I can give more information on how I was able to make that happen in an additional post.

If you haven't signed up for the League yet and want to see how your engagement (activity), or curation ranks on Steem this is a great way to check it out and gives you a weekly check-up each week on how you're doing, as well as some rewards if you're one of the top performers for the week. It's not easy to make the list, but you definitely feel a since of accomplishment when you're able to make it in the top 10.