I'm not a financial advisor so please don't take this advise without doing your own research and never invest more than you can afford to loose. There are many things that can effect the price of these cards in the future both positively and negatively that I can't predict. These are just some conclusions that I came up with when looking through the spreadsheet I put together below. This is not all the information for every card as I left out some of the lowest movements in price and reduction in numbers (most stable).

If you'd like to see or know anything special for future updates let me know in the comments down below!

Updates this week vs a few weeks ago. A few things that I found interesting: 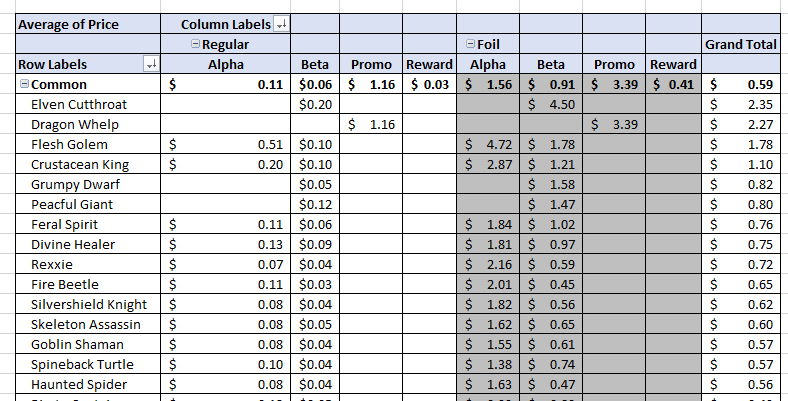 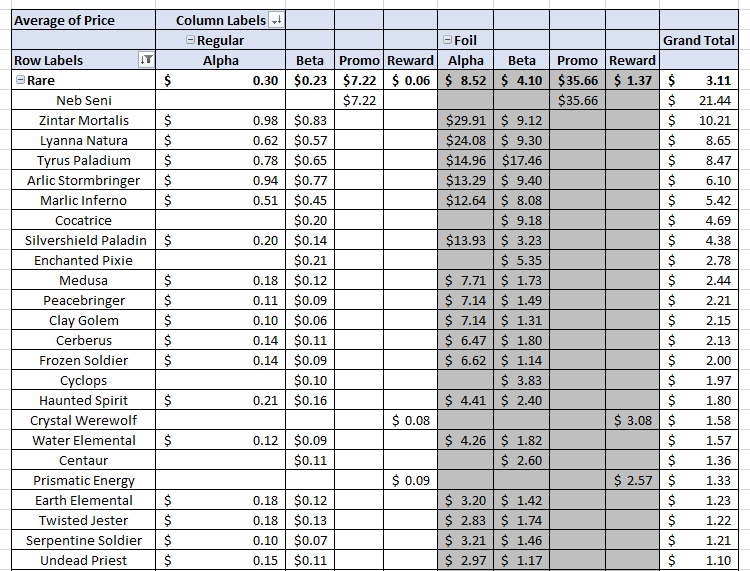 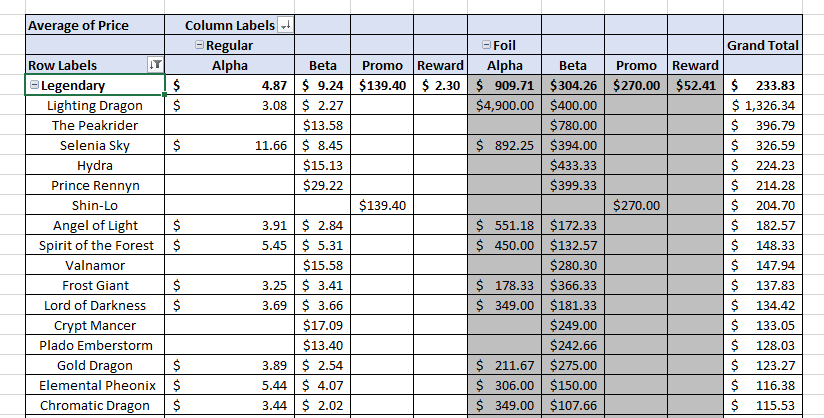 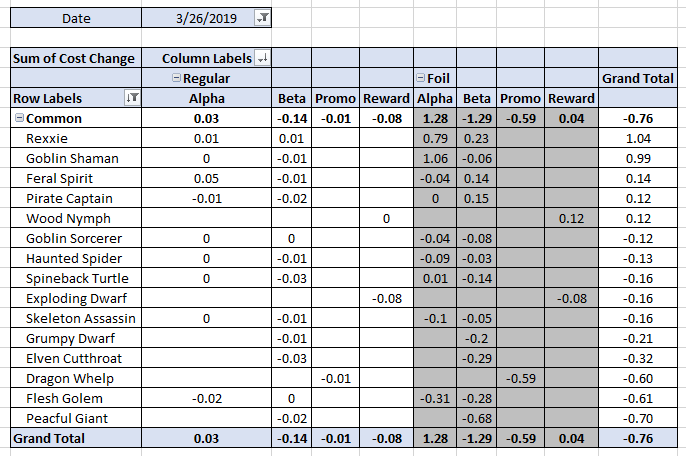 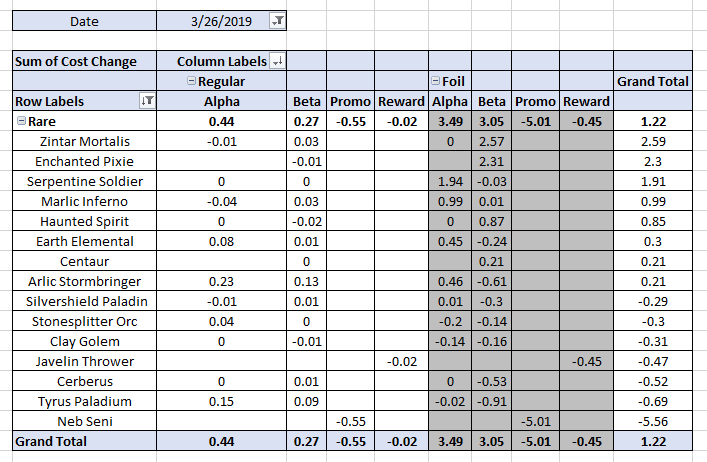 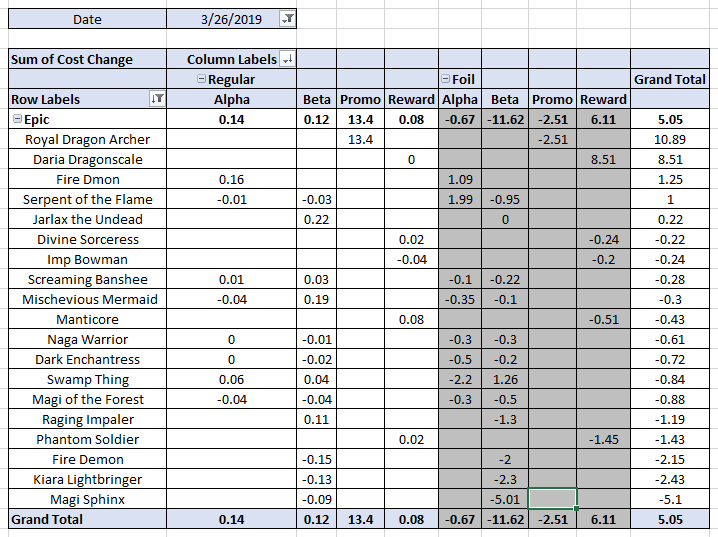 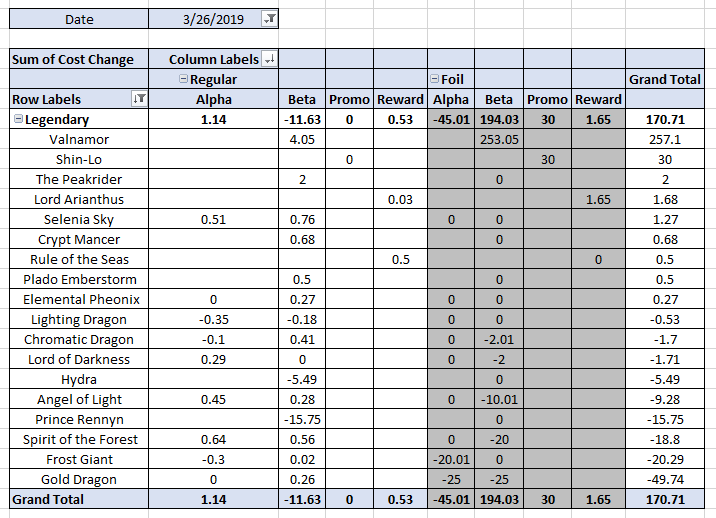 3. Reward cards (with the exception of legendaries) may still get cheaper. Obviously the ones that are selling at $0.02 are at the bottom of the market. If you think these will go up at all they maybe a good investment right now as the only way they'll go down in price is if you try to unload the over the counter in bulk. Other reward cards you can wait until tomorrow and the price will probably get cheaper. Don't discount these cards those as possible good investments as people are currently giving them away. The risk of purchasing these cards is very low currently.

Change of Cards in Existence 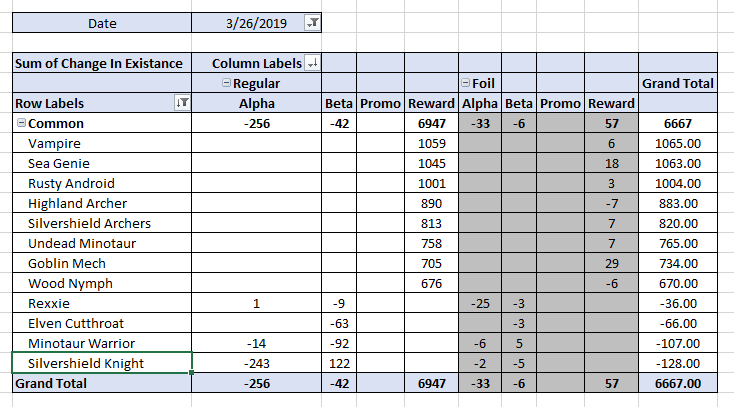 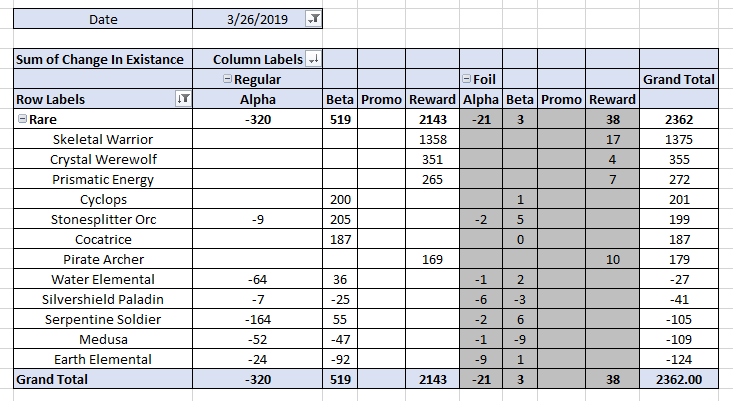 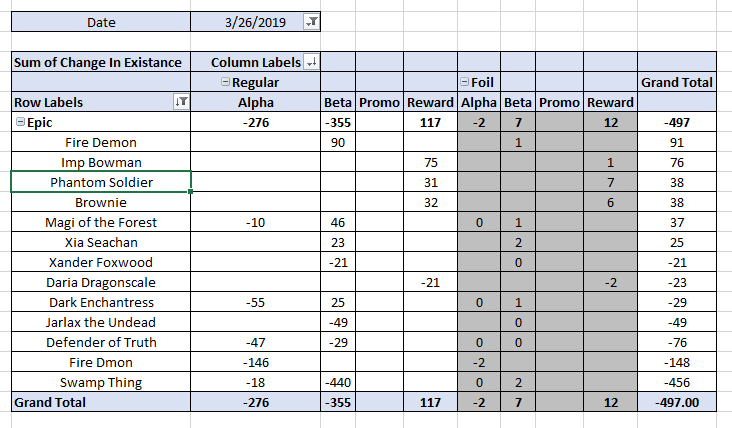 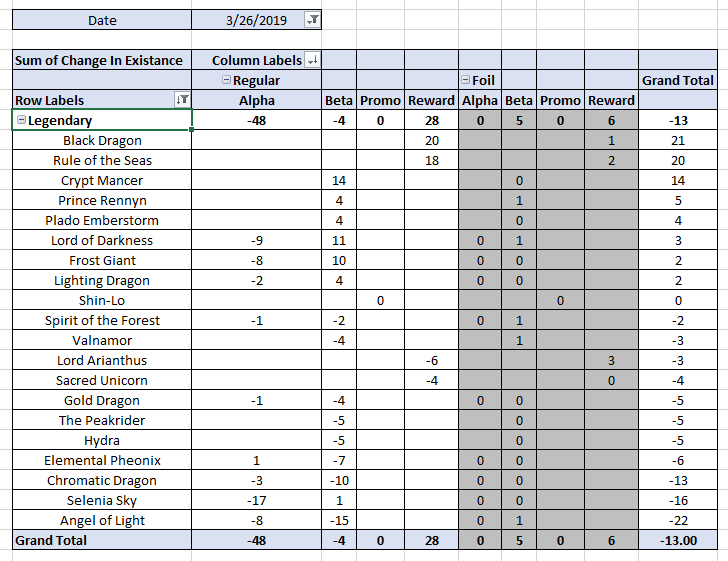 4. Maxed out summoners will always carry a premium, I think gold summoners will carry an even higher premium. Monster cards (minus the legendaries) are pretty much a dime a dozen. You have to have plenty of each to create different types of decks for different types of rules as well as neutral cards in almost all the decks. To complete dailies, people will always need at least 1 high level summoner from each element.

I think promo cards should be handled differently. I understand the promo cards were part of the Kickstarter to help raise funds, but it looks like these cards are just sitting on the market because either they're priced to high currently or they're just not good cards to use in game. Promo cards need to be balanced so I don't think buffing them and making them OP is the answer, but yet they don't feel very special either that would make me want to buy them as a collector.

It would be neat if promo cards became unique print of existing cards. I'm thinking along the lines of a gold foil card, but something that sets them apart as a promo card, for instance an Elemental Phoenix that has flames that are animated or a lightning dragon that has animated lightning breathing. This would bring an existing card to the next level and make it feel special. This way SteemMonsters can pick out "good" or "popular" cards existing in the game and then make a rarer cooler version of them while keeping them limited as well.

I was wondering why players can't buy starter packs? Is it because they carry a premium value to the price to help get players started for a discount? I noticed in the Kickstarter that there was one tier for Guild Master or something that was able to buy 25 starter packs. I'd love to be able to buy some starter packs to hold and give away to friends once they became interested in the game again.

Any chance that starter packs will be fore sale on the markets just like booster packs are now currently?